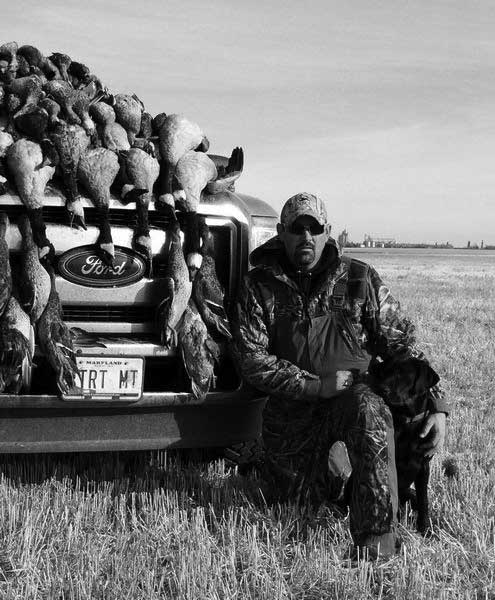 Toby Williamson at the age of 10 was introduced to the world of Waterfowling. By the age of 16 Toby had taken his first hunting party. He currently lives in Federalsburg, MD on Maryland’s Eastern Shore with his two children, Harvey and Sophie.

For 8 years Toby worked for an Orvis Endorsed Waterfowling & Wing Shooting Facility. In 2002 he decided to start his own Outfitting Business which is now known as Williamson Outfitters. During the Hunting Season Toby currently takes Hunts in Maryland, Delaware, & Canada. Toby was born and raised on the Eastern Shore of Maryland which is the winter home for Canada geese and over fourteen different varieties of ducks. On average over one million waterfowl winter on the Eastern Shore each year. With farms spreading throughout the Eastern Shore, Toby takes pride in providing his clients the kind of waterfowl hunting that puts the meat on the table.

Toby is a licensed coast guard captain as well as a licensed waterfowl outfitter. He is also a Pro Staffer for some of the best waterfowl equipment companies in the country such as Foiles Migrators, Big Foot Decoy, and Rig Em Right. For over 16 Years he served as the Chairman for the Caroline County Ducks Unlimited Chapter & continues to be a Member of the Ducks Unlimited.